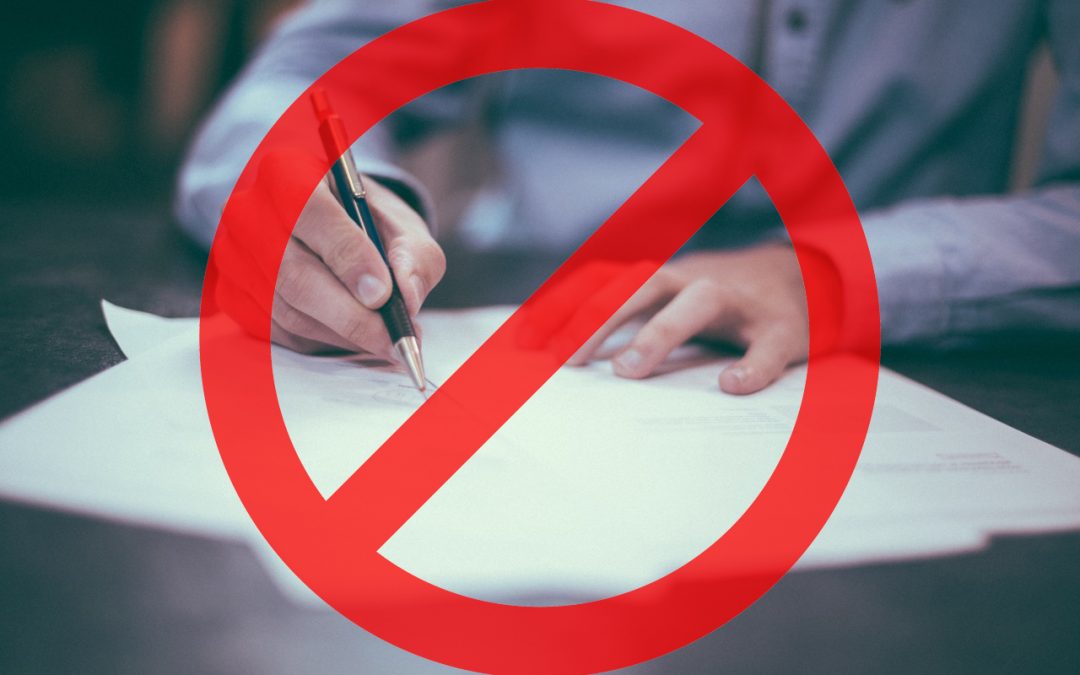 “He who passively accepts evil is as much involved in it as he who helps to perpetrate it. He who accepts evil without protesting against it is really cooperating with it.” – Martin Luther King

Co-signing is accidentally or inadvertently agreeing to something that you don’t actually agree with. How often do you co-sign bad behavior because you’re too scared, too lazy or too greedy to speak up? You can do this by simply not interrupting a conversation in order to take someone to task about something they’ve said. In not speaking up, you have agreed to all points in that conversation by default.

How often have you been in a conversation where you clearly disagree with what someone is saying? We often decide that it is not our business to interrupt or perhaps it’s simply not important enough to us. Therein lies the quandary: What is and what is not important?

When I am working with a company, my comments may not be popular. When I am listening to people tell me how they should spend their money or how other people should act, I must speak up. If I allow (even if only by default), people to treat each other poorly and spend money irresponsibly, I do not deserve to be “America’s Turnaround Man.”

There are two ways in which I can fail my responsibilities and co-sign bad behavior:

When people are angry, frustrated, and financially broken, they say all kinds of crazy things, and for the most part, even though they sound very convincing in their comments, they are probably just spewing hot air. They might even be looking for validation.

As a turnaround man, it is critical that I intervene when behavior is clearly sending a client into further upheaval. Each of us has a responsibility to not co-sign behavior we are ultimately responsible for if it’s behavior that we know will cause harm.

When it comes to changing behavior, I have learned that one must know the truth of the situation. My job is to realign a chaotic situation and navigate a CEO out of harm’s way. Speaking the truth to the right person at precisely the right time is magic.

In my line of work, it is best that I do not share my opinions with people. It is imperative that I only share facts based on evidence. This is critical. You must pay attention to the facts alone when trying to find the correct path. Theories and generalities have no place in a corporate environment. They should be reserved for Starbucks or a late-night chat with a friend.

When dealing with the personalities in American finance, we need to absolutely do our homework and clearly know the strength and weaknesses of all the players involved.

There is an old saying, “You can only change yourself. You cannot change anyone else.” That is correct unless you are a CEO or a Turnaround person.

If you are in a fiduciary position and you hear something that is clearly incorrect based on fact, SPEAK UP! Lead, teach, and inspire those you oversee.

Co-signing failure, inconsistency, irresponsible or other bad behavior is a sin against all manner of solvent and solid money, not to mention the fact that it is rude, uncaring, and inappropriate.

If you do not stand for truth, you stand for nothing — and you will yield just that.